The History of Brigadeiro

A genuinely sweet Brazilian-flavored childhood. By tradition, is present in children’s parties, as well as the various types of celebrations: weddings, baptisms, graduations, anniversaries, or simply an afternoon tea with friends. Today, with full costume, the gourmet version, still present at all times that the imagination can bring. According to historians of Brazilian cuisine, the recipe came between 1920 and 1930 when Nestlé opened its first factory in Brazil, having as its main product, condensed milk. However, the name of the candy came only really emerge in the 1940s, and was then assigned to a brigadeiro Brazilian aeronautical candidate for presidency of Brazil, called Eduardo Gomes.

The inspiration for the name of the candy is actually credited to their voters that created the slogan “vote for brigadeiro who is handsome and single.” They were sweet and distributed at parties campaign as the Brigadeiro’s favorite sweet.

Brigadeiro Eduardo Gomes did not win the elections, but despite the defeat, he was indeed very successful among women because he was “cute and single!”. And in his honor the sweet chocolate with condensed milk was finally baptized with the name of Brigadeiro. 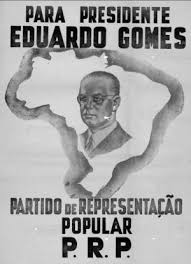 NOTICE: Due to COVID-19, at this time we are not able to accept any orders. Dismiss